Here is Admiral Byrd's flight diary after flying into the inner Earth in 1947... Admiral Richard B. Byrd's Diary: February - March 1947

The exploration flight over the North Pole

The Inner Earth - My Secret Diary

I must write this diary in secrecy and obscurity. It concerns my Arctic flight of the nineteenth day of February in the year of Nineteen and Forty-Seven.

There comes a time when the rationality of men must fade into insignificance and one must accept the inevitability of the Truth! I am not at liberty to disclose the following documentation at this writing ...perhaps it shall never see the light of public scrutiny, but I must do my duty and record here for all to read one day. In a world of greed and exploitation of certain of mankind can no longer suppress that which is truth.

06.00 Hours - All preparations are complete for our flight northward and we are airborne with full fuel tanks at 0610 Hours.

07.30 Hours - Radio Check with base camp. All is well and radio reception is normal.

09.10 Hours - Vast Ice and snow below, note coloration of yellowish nature, and disperse in a linear pattern. Altering course for a better examination of this color pattern below, note reddish or purple color also. Circle this area two full turns and return to assigned compass heading. Position check made again to Base Camp, and relay information concerning colorations in the Ice and snow below.

09.10 Hours - Both Magnetic and Gyro compasses beginning to gyrate and wobble, we are unable to hold our heading by instrumentation. Take bearing with Sun compass, yet all seems well. The controls are seemingly slow to respond and have sluggish quality, but there is no indication of Icing!

09.15 Hours - In the distance is what appears to be mountains.

0949 Hours - 29 minutes elapsed flight time from the first sighting of the mountains, it is no illusion. They are mountains and consisting of a small range that I have never seen before!

10.00 Hours - We are crossing over the small mountain range and still proceeding northward as best as can be ascertained. Beyond the mountain range is what appears to be a valley with a small river or stream running through the center portion. There should be no green valley below! Something is definitely wrong and abnormal here! We should be over Ice and Snow! To the portside are great forests growing on the mountain slopes. Our navigation Instruments are still spinning, the gyroscope is oscillating back and forth!

10.05 Hours - I alter altitude to 1400 feet and execute a sharp left turn to better examine the valley below. It is green with either moss or a type of tight-knit grass. The Light here seems different. I cannot see the Sun anymore. We make another left turn and we spot what seems to be a large animal of some kind below us. It appears to be an elephant! NO!!! It looks more like a mammoth! This is incredible! Yet, there it is! Decrease altitude to 1000 feet and take binoculars to better examine the animal. It is confirmed - it is definitely a mammoth-like animal! Report this to Base Camp.

11.30 Hours - Countryside below is more level and normal (if I may use that word). Ahead we spot what seems to be a city!!!! This is impossible! Aircraft seems light and oddly buoyant. The controls refuse to respond!! My GOD!!! Off our port and starboard wings are a strange type of aircraft. They are closing rapidly alongside! They are disc-shaped and have a radiant quality to them. They are close enough now to see the markings on them. It is a type of Swastika!!! This is fantastic. Where are we! What has happened. I tug at the controls again. They will not respond!!!! We are caught in an invisible vice grip of some type!

11.35 Hours - Our radio crackles and a voice comes through in English with what perhaps is a slight Nordic or Germanic accent! The message is: 'Welcome, Admiral, to our Domain. We shall land you in exactly seven minutes! Relax, Admiral, you are in good hands.' I note the engines of our plane have stopped running! The aircraft is under some strange control and is now turning itself. The controls are useless.

11.40 Hours - Another radio message received. We begin the landing process now, and in moments the plane shudders slightly, and begins a descent as though caught in some great unseen elevator! The downward motion is negligible, and we touch down with only a slight jolt!

11.45 Hours - I am making a hasty last entry in the Flight Log. Several men are approaching on foot toward our aircraft. They are tall with blond hair. In the distance is a large shimmering city pulsating with rainbow hues of color. I do not know what is going to happen now, but I see no signs of weapons on those approaching. I hear now a voice ordering me by name to open the cargo door. I comply.

Link to the stories: https://www.thenewearth.org/InnerEarth.html 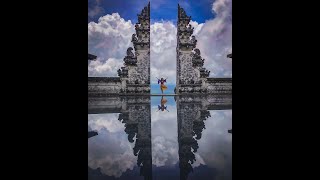 Why is Grounding and Chakra Balancing More Important Then Your Morning Coffee?